If training is the hard part of bodybuilding and resting is the easy part, then eating should be the fun part. Yet for most hardgainers, eating is simply an exercise in frustration.

They carefully follow a champ’s menu, measuring their oatmeal and weighing their skinless chicken breasts, but still struggle to gain even a pound. The problem for the thinnest hardgainers is that they’re eating like a bodybuilder, but weighing in like a model.

If this sounds familiar, you may need some good old-fashioned bulk (i.e., muscle and  fat). If you struggle to gain any  size at all, you should strive to look like the burly “before” photo in supplement ads before chiseling down to the “after” shot. Achieving this is not easy, nor is it quite as tasty as nightly dinners at Krispy Kreme. You must accumulate just enough fat to keep your metabolism stoked and your strength levels rising. Gains of soft tissue should only fuel greater gains of hard tissue and never become an end in itself.

Still, extreme ectomorphs can’t eat lean and clean and maximize mass. If you struggle to pack on any pounds and you currently have little visible muscle or fat, you need to eat big to get big. Adhere to the following seven bulk-up rules, and, remember, this is the fun part.

If you’re a thin hardgainer and not growing on your current diet, increase your daily caloric total. We recommend a boost of 20-30%. Do this gradually over seven to 10 days to allow your body time to  more effectively convert some of the extra fuel to muscle instead of merely storing all of it as bodyfat. Eat six or seven times per day. If possible, add another meal to your  current schedule. Drink at least a gallon of water daily, because water consumed throughout the day is essential for growth and health.

Emphasize protein, complex carbohydrates (such as oatmeal, yams and brown rice) and unsaturated fat. Hardgainers trying to boost bodyweight should consume at least 1.5 grams (g) of protein per pound of bodyweight daily (a 150-pound person, for  example, should take in a minimum 225 g of protein). Ingest at least 3 g of carbohydrates per pound of bodyweight daily. Don’t restrict fats, but emphasize healthy unsaturated fats and minimize saturated and trans fats.

For hardgainers, particularly, it is generally easier to drink protein and calories than to eat them. Utilize powdered shakes that contain a minimum of 30 g of whey or casein protein. Weight-gain powders are an especially effective means for ectomorphs to quickly  boost protein and calories.

Milk is also an excellent mass producer. Once a staple of bodybuilding nutrition plans, it has fallen out of favor in recent decades largely because of its lactose (sugar) content. Still, many champs including the original Mr. Olympia Larry Scott have made it a regular part of their weight-gaining plans. A single cup of 2% milk has 120 calories, 8 g of protein and nearly 5 g of fat; nonfat milk has 90 calories, 9 g of protein and less than 1 g of fat.

To gain weight, don’t focus only on the lean and clean bodybuilding basics of fowl, fish and egg whites. Many people find that the high protein levels and the higher fat content in beef naturally boosts muscle gains. Eat steak, lean ground beef or a beef alternative, such as buffalo, as frequently as your budget allows.

If you’re a dieter, you should not eat high-calorie or high-carb products late in the evening, because your metabolism slows down while you sleep and calories will be more easily converted to fat. As a weight-gain dieter, though, do eat protein-rich meals in the evening. Consume your final protein snack approximately one hour before you go to bed. Do not eat high-fat, high-sugar or highly processed foods at this time, as those may indeed add more fat than muscle. Instead, maximize the amount of nutrients used for muscle repair by making your final meal an easily digestible protein drink.

Cardio and calorie restriction go together on a weight-loss diet. To gain weight, you’ll want to flip this rule and do the opposite. Ectomorphs should restrict the amount of cardio work and stressful activities they perform, because these burn the very calories you want to store. Focus on maximizing your rest time to fully recuperate and grow from weight training.

RULE #6: LIMIT JUNK IN THE TRUNK

Muscle growth must remain your number-one goal. Fat formation is merely a byproduct when on a bulkup plan. For this reason, don’t gorge yourself on high-calorie low-protein foods that can only be converted to flab. You are allowed to cheat more than others while on a bulk-up plan, but junk remains junk. Minimize the amount of high-fat and high-sugar foods you consume.

Use a scale and a mirror as your  guide. A gain of two to three pounds per month is reasonable. Always remain vigilant against dramatic fat increases, and never stray more than two to three inches from your leanest waist measurement. For many bodybuilders, abdominals are a good yardstick: If they completely disappear, it’s time to slam on the brakes. Decide for yourself how much fat you’re comfortable accumulating, but never become too  comfortable with fat.

Don’t lose sight of the big picture. Bulk is the clay you’re packing on now to chisel down to a work of muscular art later. It’s OK for an ectomorph to strive to look like a burly “before” photo now. Bulking up is generally a good strategy for those whose metabolisms rev so fast that they struggle to gain any weight. Still, while pressing the weight-gain accelerator, you must remain alert to hit the brakes before you become more fat than fit. Once you’ve bulked up enough and no more fat is desirable, reduce your caloric levels gradually over a week as you return to a more typical bodybuilding nutritional plan. Then you can begin plotting your course toward the “after” results. 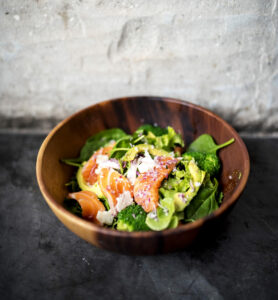 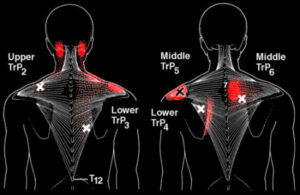 Top 6 Nutritional Benefits And Side Effects of Whey Protein

HOW CAN I HELP YOU?